The time is now: why in-the-moment employee experiences matter

Living in the moment isn’t just for our days off. In today’s fast-changing workplace, creating immediate connections with employees and making tools and training accessible on-demand should be key elements of your people strategy, while HR and operational decisions that impact employee engagement levels and business productivity should be based on real-time data.

As many companies embrace flexible and hybrid working, the ability to connect, respond and review in an instant is more important than ever – and modern technology can bring us together at the touch of a button.

Join People Management Insight and our line-up of experts for a live, in-the-moment (naturally!) session, in partnership with WorkForce Software, as they discuss: 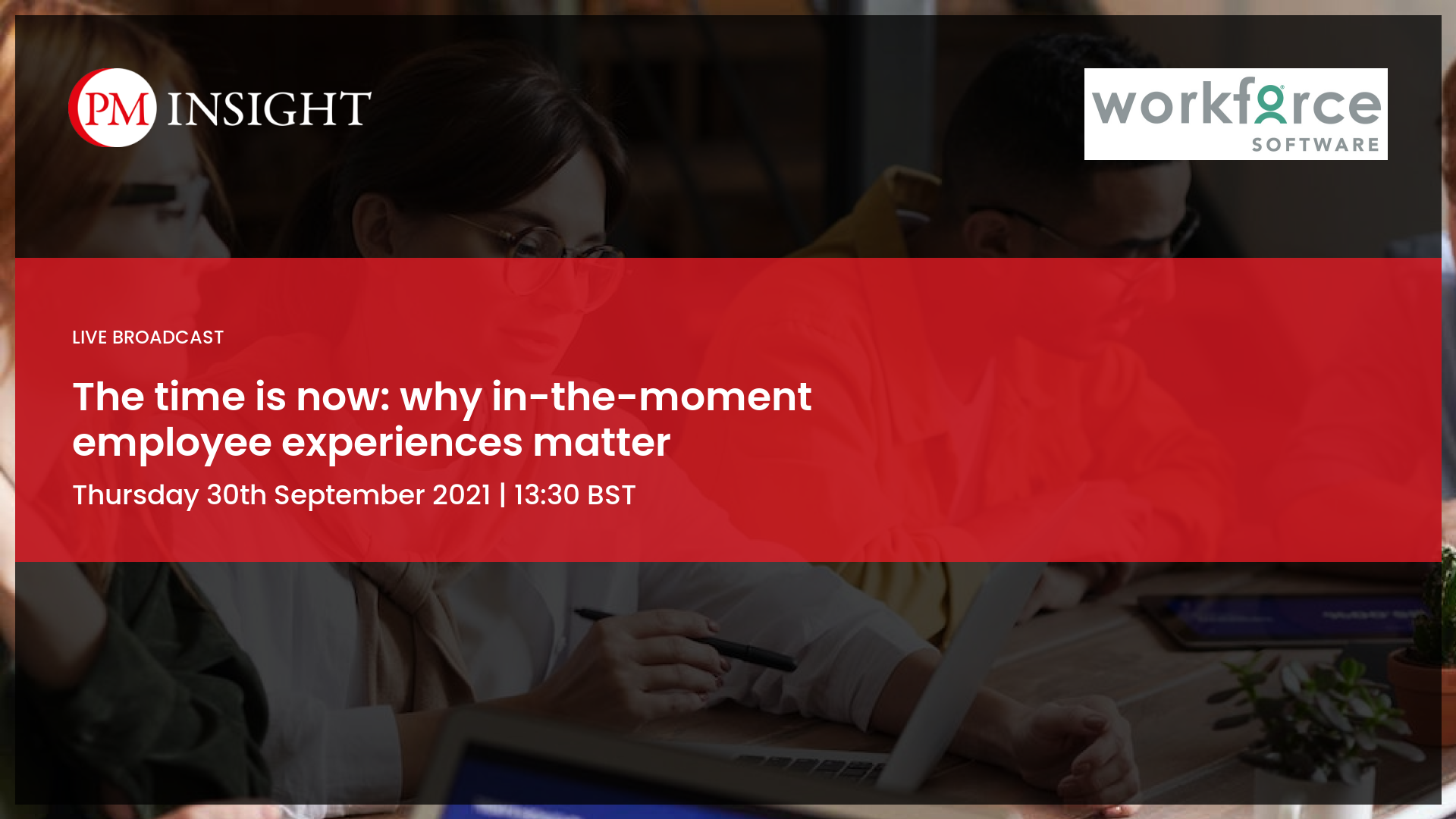 Marc Gingras is a serial entrepreneur that has built companies that build products to facilitate communication, collaboration and engagement between teams. Prior to serving as SVP of Employee Experience Strategy at Workforce Software, he was CEO of Foko Retail, a leading provider of a communications and task management platform used by over 50 leading retailers like CVS, Whole Foods Market and Nike. Foko Retail was acquired by Workforce Software in 2021. Marc Gingras was CEO and Founder of Tungle - a scheduling software acquired by BlackBerry in 2011.

As Chief Human Resources Officer and Member of the Management Board of Kempinski Hotels SA, Melissa Salibi is responsible for the delivery and implementation of the company’s people strategy.

In this capacity, she drives the HR agenda worldwide by overseeing the entire spectrum of human resources affairs, as well as the training function and the Kempinski employer branding. Melissa places great focus on people’s engagement and growth, as prerequisites of beautiful performance.

Melissa brings with herself more than 20 years of professional experience within the Human Resources sector. She joined Kempinski at the brand’s regional office in Dubai in October 2015, first as Regional Director, then Senior Director of Human Resources Middle East & Africa, overseeing more than 20 operating properties and leading various special projects, such as the enhancement of the brand’s digital recruitment toolkit and the launch of the global engagement activities. In addition, Melissa has been instrumental in taking initiative for the development, launch and implementation of multiple policies and brand standards, strengthening and improving the company’s HR function on a global level.

Before her mission within Kempinski, Melissa worked for Raffles Hotels & Resorts, based in Dubai. As Director of Human Resources for Middle East, Africa and India she led all HR activities around the merger of Fairmont, Raffles, and Swissôtel. With 18 properties under her responsibility during a delicate period, Melissa played an integral part in strengthening and developing the Human Resources and Training function in her region. Prior to this, Melissa filled the role of HR Director of the prestigious Raffles Dubai Hotel, held various other HR leadership roles within Rotana Hotels & Resorts and was an HR Administrator of the retail chain Woolworths, where she started her career in 1999.

Currently the Global HR Director at EditShare.  High-impact, proactive and business focused Senior Executive  professional with over 10 years of HR experience spanning a wide range of industries including; retail, logistics, technology and media. She has helped to scale and shape the creative, diverse and inclusive culture that defines EditShare. Her talent development and people programs serve as the foundation for its global talent pool. Prior to joining EditShare in June 2020, Jennifer spearheaded D&I initiatives for Amazon, Sainsbury’s, Tesco and most recently the BBC where she was instrumental in supporting to reduce the gender pay gap as part of the Equal Pay team