The CIPD Award for Best Health and Wellbeing Initiative this year went to the NHS Transformation Unit for its embedding of a wellbeing strategy that has been transformational not only in terms of reduced employee turnover and sickness absence, but due to its authenticity in putting its employees first rather than paying lip service to various HR trends.

A relatively young organisation, it had been around in various guises before re-establishing itself as the NHS Transformation Unit (TU) in 2016; soon it was evident that this rapidly growing business had spawned a strange culture where the worlds of the public sector and management consultancy collided, and the result was a hybrid workforce somewhat unsure of itself.

“When we got feedback around exit interviews it was found that people were leaving because they weren’t feeling looked after in the organisation,” says Kate Coope, the TU’s Director of Organisational Development and Workforce. “So that led us on to really recognising the importance of wellbeing within our workforce, and led us down this path of changing the culture.”

The results have been quite phenomenal, re-instating a sense of team and providing a workplace where employees feel both cared for and in control of their own careers, and the business has benefitted by better staving off the interests of larger firms who would like to harvest the talent the TU has grown. As well as winning this CIPD Award, sponsored by Willis Towers Watson, the Unit placed tenth in the Sunday Times’s 100 Best Not-For-Profit Organisations to Work For 2019.

Importantly, though, what the TU has been so successful in implementing is not a strategy unique to public sector consultancy. In fact, its inclusive brand of health and wellbeing, if honestly implemented, is transferrable to any organisation of any size.

Here are five strategies you can use in your own business right now.

“There were a few things that struck me,” says James Spencer, Director of Health and Benefits at Willis Towers Watson, who sponsored the Award. “One was that this was something that came from wellbeing that was embedded in the fabric of their organisation. So they didn’t think of it as an afterthought or as an initiative. There was clear buy-in from the top of the organisation, and that makes a successful health and wellbeing initiative when you’ve got that senior leadership buy-in.”

In truth, the TU’s strategy only works because everybody is as committed to it as each other. That means from the employee who sets out their objectives for career progression and wellbeing needs when they join the organisation, to the senior leadership who discuss openly their own struggles they’ve overcome while working the job. It is not solely the preserve of the HR team, but nor is it a trickle-down strategy where employees are looked after without onus on their own input.

Health and wellbeing is personal, and it begins on day one

If you wait to implement wellbeing strategies when they’re needed, it is already too late. The TU asks all employees to fill in their ‘toolkit’ when they join the organisation. That’s looked at with the new starter by their line manager, so all parties understand what it is that helps them do the job to the best of their ability. That might be flexible working, it might be access to the company’s mental health first aiders: the hope is that the organisation can then be proactive rather than fighting fires.

“When we do the toolkit with somebody and continue to review it, that makes it much more personal,” says Coope. “It focuses on something a little bit different, and makes sure that person feels that what happens to them is taken into consideration.

“I think the personalised aspect is low cost, and just takes time between a manager and an employee, which you just expect to happen anyway. But having those conversations about what causes somebody unnecessary pressures in the workplace is such a valuable conversation. People feel uncomfortable about asking those sorts of questions sometimes when they start out at an organisation, so a personalised aspect to health and wellbeing is easily transferable, not that expensive, and really goes a long way.”

Certainly, if you can engender a sense of belonging and being cared about among your workforce, without it being contrived or HR-by-numbers, then that loyalty is largely going to be repaid.

Treat Health and Wellbeing as a business measurable

One of the headline successes of the TU’s programme has been sickness absences dropping significantly below the public sector average, meaning less money spent on locum staff and so increased funds to drive the organisation. It is these kinds of figures that so often drive health and wellbeing strategies, but, while such cynicism is admittedly necessary in the continued success of a business, it should not be a company’s only concern.

“The resilience and the counter argument that they built at the TU was that workforce culture. That sense of everybody getting together, everyone being at the end of the phone with one another and line managers and leadership really invested in the learning development of people, and the career progression. So yes, return on investment with reduced sickness absence is great, but that’s only one measureable. What it does for your brand can be more difficult to quantify, but actually has a real impact on how you retain your workforce.”

“It’s such valuable thing,” agrees Coope. “People may not see the benefits or see how much money they’re saving by just investing in their own people, because how long does it take to train somebody up to get them to be able to do the job that they need to do? All those things that people just don’t consider when they’re losing people, because they’re just not taking care of them. I just think it’s really short sighted, really, really short sighted.

Don’t assume everybody feels part of the team

If there is one thing organisations can learn from the TU before the issue becomes their own, it is this. Coope says the TU was able to learn quite quickly from open and honest exit interviews that stress-related absences were common and that anxiety was a major factor in people looking elsewhere rather than creating a career with the NHS Transformation Unit.

But there was also more to read into those who felt they were simply not suited to the work. “I was particularly passionate about the fact we could create somewhere people felt looked after and can be well supported and still be able to do their jobs,” she says. “Where they don’t believe it’s just not being suited to the role that’s the issue. We knew it wasn’t sustainable losing the amount of people we were losing, something had to change, and if we really wanted to be successful we needed to recognise that and do something about it.”

Create a culture of openness and support

Even because this feeds into everything a health and wellbeing initiative should strive to do makes it the most pertinent point, and the lasting lesson that ought underline the whole initiative. The TU recognises that its work is not easy, and it hugely stressful for the majority of its staff, so the importance is being honest about that and not allowing people to feel they are the only ones struggling.

Its use of mental health first aiders is not particularly revolutionary, and nor is it particularly the crux of its health and wellbeing success, but its implementation provides a fine example of how a positive culture can be created by sharing in each other’s experiences.

“So I think it’s about that kind of role-modeling, making it clear that it’s not a taboo subject, it’s quite a common thing to happen to somebody and it’s not something we have to be quiet about and be ashamed about. Recognising that not everybody’s the same, but by being open at the most senior level showcases how we want to be as an organisation in relation to that.”

• In its winning of the Best Health and Wellbeing Initiative CIPD Award, it was made clear the TU’s success was for ‘embedded wellbeing’. That is a key term that outlines the fact these points cannot be implemented mathematically into any other HR strategy with the expectation of similar results, and is why, despite the structure of this piece, none of these five lessons is actually exclusive to another.

That the TU received the Award is actually rather unimportant. These strategies could have been implemented by almost any organisation, and as such it ought to ring alarm bells if any do not square with the practices in your own.

As the strategies of this burgeoning organisation develop, it will remain the top-down embracing of health and wellbeing that allows the TU to thrive, as much as any initiative it has in place. 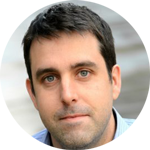 "People Management Insight is a hub of knowledge we know our readers, who are hungry for insight and evidence, really value. It's a synthesis of all the best research and thought leadership from major HR brands, that’s available exclusively and for free to in-the-know subscribers."